Shri TN Sudhakar, CMD GSL received the Hon’ble Deputy Prime Minister of Australia at the Shipyard and thereafter the VIP was briefed on the Autonomous Fast Interceptor Boat project. Operation of the Autonomous Craft, which is jointly developed by GSL and Bharat Electronics for the Indian Navy, was demonstrated to the dignitary. During the visit, the dignitary was also apprised of the various shipbuilding, ship repair activities and the technical expertise available at GSL. During the event the VIP was also introduced to the selected Defence Startups who displayed their products which were developed under the IDEX scheme of the Ministry of Defence, Government of India. 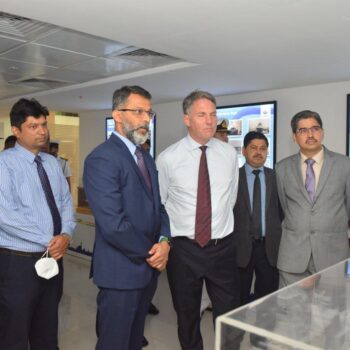 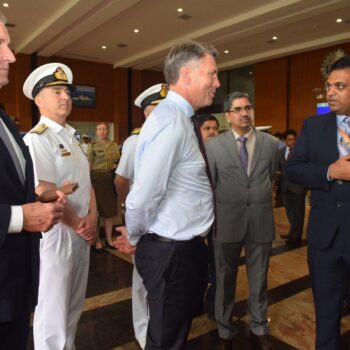 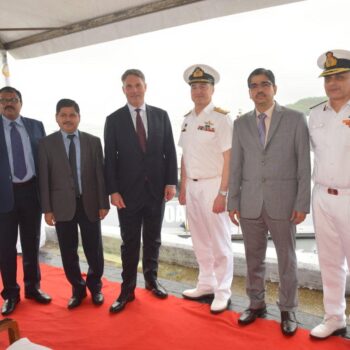 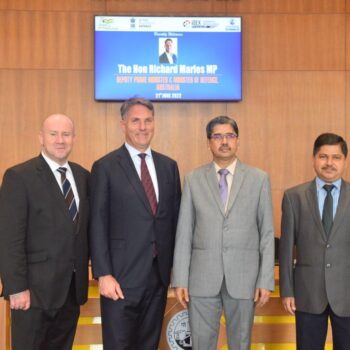