A two-day convention on ‘Make in Goa’ for Defence and Marine Ancillary Industries was organized by Goa Shipyard Limited in association with CII & local industrial bodies at Goa on 24th & 25th Jun 2015, which has set the tone for the indigenisation in MCMV programme. This first ever collaborative initiative aimed at promoting ancillary shipbuilding industry, particularly MCMV component manufacturer, is seen as a game changer for the local Goan industry.

The convention was a direct offshoot of both Indian & Korean Government’s resolve to collaborate on ‘Make in India’ in shipbuilding domain, towards which the visit of High level Delegation to Korea headed by Secy (DP) in Nov 2014, followed by visit of Shri Manohar Parrikar, Hon’ble RM in mid April 2015 and Shri Narendra Modi, Hon’ble Prime Minister in May 2015 has paved the way for mutual cooperation with Korean Industry in setting up of shipbuilding ancillary Industry in India directly or through collaborations / joint ventures with Indian business houses.

The convention was attended by a delegation of 28 Korean companies, representatives from over 53 local industries, CEOs/VPs of Indian Shipbuilding Industry including Shipyards, senior Officials from MoD/Govt of India, Indian Navy, Indian Coast Guard, BEL, MDL, CSL, GRSE, Ministry of Shipping and State Government agencies like Goa IDC, GIPB, EDC, Directorate of Industries etc. The Korean delegation was led by Mr Sung Je Cho, President of Busan Chamber of Commerce & Industry and also included reps of MoD(Acquisition wing)/Korea .The convention also witnessed over 240 B2B meetings between representatives from various Indian shipbuilders / business houses and their Korean counterparts in order to explore specific opportunities for local manufacturing under ‘Make in Goa’ umbrella.

CMD, GSL made a presentation on the Opportunities in the Indian Ship building Industry and it was highlighted that, why GSL/Goa is the perfect gateway for entering Indian Naval Shipbuilding Sector through JVs/local manufacturing units in partnership with Korean shipbuilding Industries. This will help in bringing world class technology to India and will help in increasing the Indigenization content towards self-reliance as per MoD’s objective as “strong defense manufacturing base in the country can play role of a catalyst in building up the ‘Quality Standards’ of our ‘Engineering product manufacturers’, which can be huge positive for the country”. He further asserted that there is tremendous scope of increasing MSMEs participation in Shipbuilding, through outsourcing and at Government / Shipyard level policies are being formulated to encourage their participation. CMD elaborated various measures being undertaken by GSL for Skill development, being one of the key thrust areas of the present government, which includes training of ITI Instructors to improve the training imparted in ITIs, increasing annual intake of apprentices, introduction of special training in FRP trade, augmentation of training facilities at SITEG (Welding Institute) etc [excerpts of CMD, GSL interview to The Navhind Times, 29.06.2015 edition placed as Annexure ‘A’.

During the two day convention, CMD along with senior GSL officials had intense dialogue with South Korean manufacturers on various aspects for understanding each other’s capabilities for having a deeper cooperation for MCMV project. Significantly, GSL has setup a ‘dedicated Facilitation Cell’ for “Make in India” for Korean Industry, which will work in close collaboration with CII to sort out any queries/ providing guidance to industry participants and facilitate their entry into manufacturing

Chairman of CII Goa Chapter, Mr Parag Joshi, said the overwhelming response to this interaction shows our resolve in ‘Make in Goa’ effort in shipbuilding component industry. Lauding GSL for partnering this mega event, he expressed hope that the deliberations would foster long term partnerships with local Goan industries. Asserting this as a land mark event, Mr Joshi said “CII will work closely with GSL in skill development and entrepreneurship development which will definitely raise the GDP of the state and create employment opportunities”.

Mr Parth Sharma Vice Chairman, Indian Chamber of Commerce in Korea (ICCK) said “This initiative is aimed at bringing one of the world’s most efficient marine supply chains to India. We expect cost benefit of over 15% and most of all on time delivery of highest quality marine components in India, addressing a 30 billion dollar market. We had a successful two day meet, where industry players from Korea and India enthusiastically interacted”

A delegation from Busan City Chamber of Commerce also visited GSL on 24 Jun 2015 while the delegates from leading Korean industries visited GSL on 26 Jun 2015. Both the delegations had wide-ranging discussions at GSL on areas of possible synergy and cooperation in the backdrop of the MCMV and other shipbuilding programmes of Indian Navy. 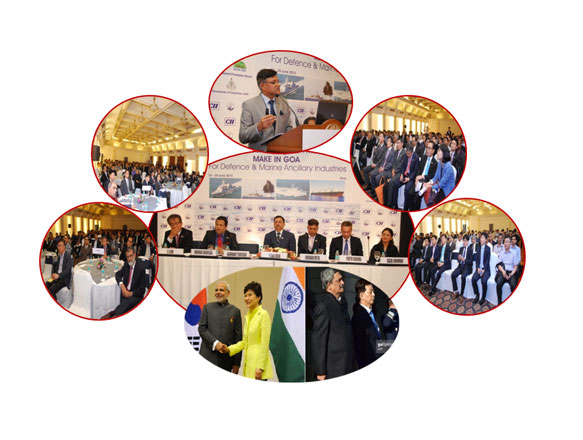 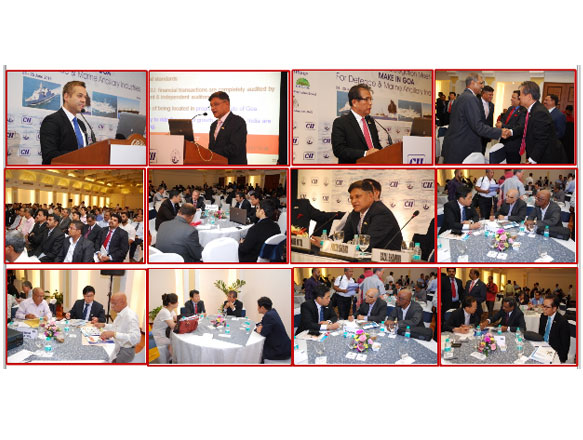 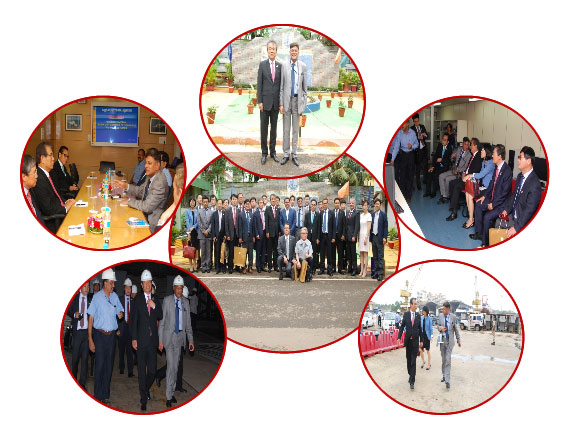 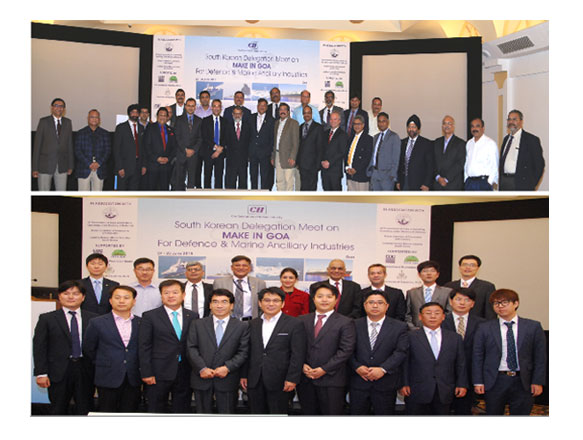 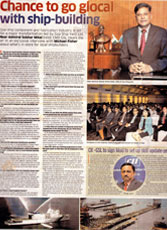